While preserving the distinctive spirit of her music, Mother invites us in this 2nd album for an intense musical journey throughout 10 songs in English and Arabic: rich and colorful instrumentations, spellbinding rhythms and an inspiration that crosses the Mediterranean shores with incursions into Sufi mysticism. READ MORE

Khoudh Elsabil is the second album of Mother. It was created under unexpected circumstances.

The release of the 1st album A song for the world was at the origin of a concert tour in Algeria: Algiers, Mostaganem, Azazga, Constantine, Azzeffoun. It was during a concert in Algiers that Hamza Bourezg, a young Algerian guitarist from the city of Laghouat who was deeply moved by Light-Link Music, expressed the wish to work on Mother. She then travelled to Laghouat, 400km south of Algiers, and lived there for 2 years in order to form a new group of musicians and prepare the recording of Khoudh Elsabil, the fruit of this marriage between Western and Algerian musical traditions. It contains the first 4 songs in Arabic composed by Mother, with lyrics taken from the Sufi poetry collection (Diwane) of Sheikh Ahmed Ben Mustapha El Alawias well as from the 8th century Sufi mystic Rabia al Adawiyya. The other songs, in English, had already been written and composed by Mother in the early 2000s and were rearranged for this 7-piece band. New orchestral colors were introduced unlike the album A song for the world, which featured a purer orchestration.

Songs included in this release: 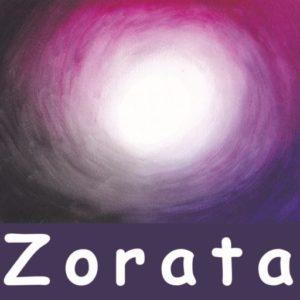